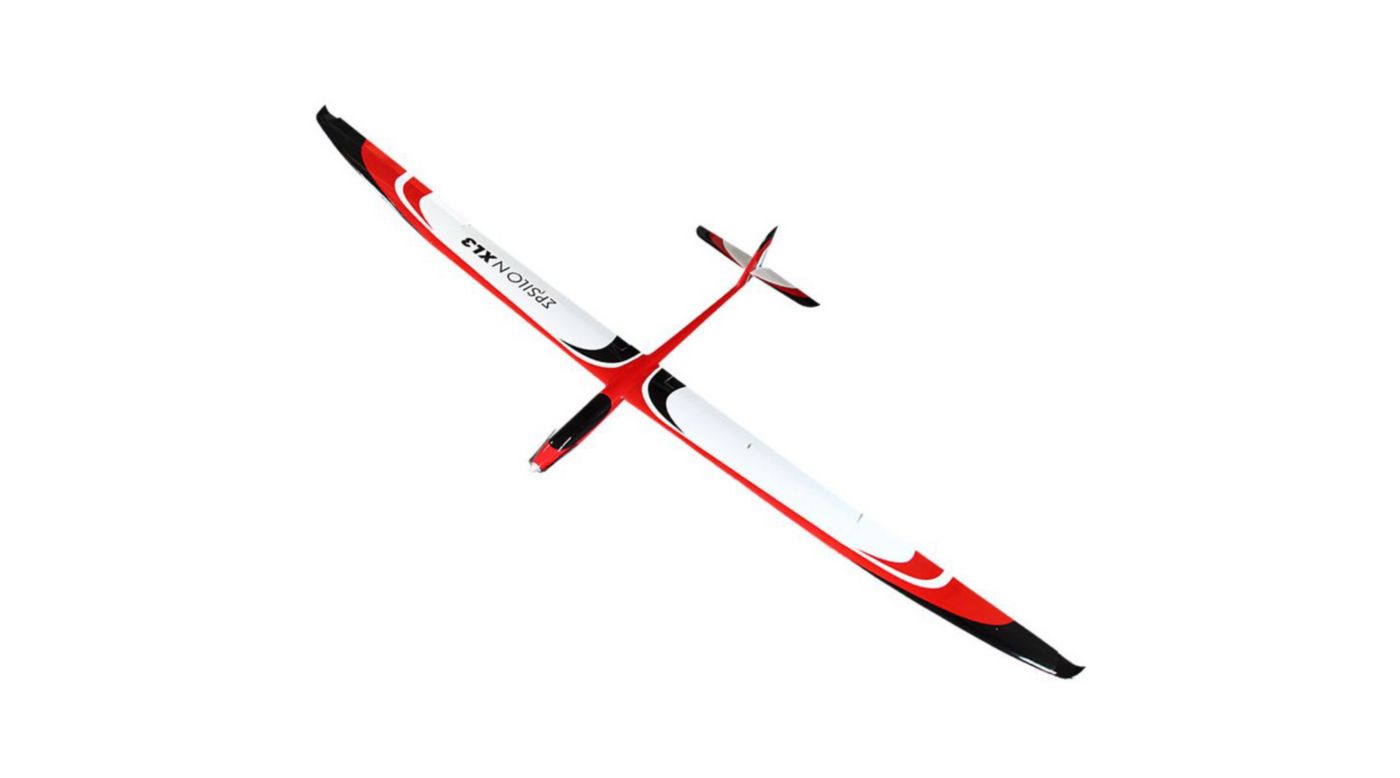 Gentle giant in a new guise

The EPSILON models are one of the most successful glider model ranges of the last few decades. EPSILON is now available in a variety of sizes and designs - and now the largest model in the range is getting a new look. The EPSILON XL3.

Powerful in thermals
The wings have a high-power and high-performance MH-32 profile specially designed for thermal flight. Due to the low wing load of the EPSILON XL3, a slow descent is achieved, while the profile guarantees the necessary power at high speeds.

Gentle landings and easy takeoffs
The 4m model can be landed gently and precisely in the butterfly position even in tight spaces thanks to its non-problematic slow flying characteristics and plain flaps. Furthermore, manual launches can be easily performed unaided due to the powerful drive.

High-quality construction
The fuselage of the EPSILON XL3 consists of red stained fibreglass and features a stabiliser on the tailplane. The wing, which is covered with ORACOVER®, has a Styrofoam core and is clad with high-quality abachi wood, providing a solid and hard surface. Both the fuselage and the surfaces are reinforced at key points with carbon fibre. The built-in motor bulkhead and rudder horns are made of aluminium, the wing torsion bars of high-quality fibre-glass. In addition, the geometry of the EPSILON XL3 side rudder linkage has been improved.

Powerful motor (PNP Version)
The PNP version of the EPSILON XL3 has a built-in HIMAX high-performance motor with a diameter of 42 mm, a length of 60 mm, 570 kV and 950 watts. The scope of supply also includes the enclosed aluminium spinner and Aeronaut 16 x 8" folding propeller. In addition, the PNP version has six digital servos with metal gearbox already installed and wired in the servo frames.

New look
The EPSILON XL3 now has a new, fresh and more up-to-date look. The GRP fuselage is painted red and the wings covered with an appealing décor. On the underside of the wings there are high-contrast block stripes, which enable the pilot to readily detect the orientation of his or her model.

A lot of glider for a low price
Like the other members of this range, the EPSILON XL3 will impress any glider enthusiast with its price/ performance ratio. Find out more about the Staufenbiel EPSILON XL3.