Print Nevermind
This item is no longer available 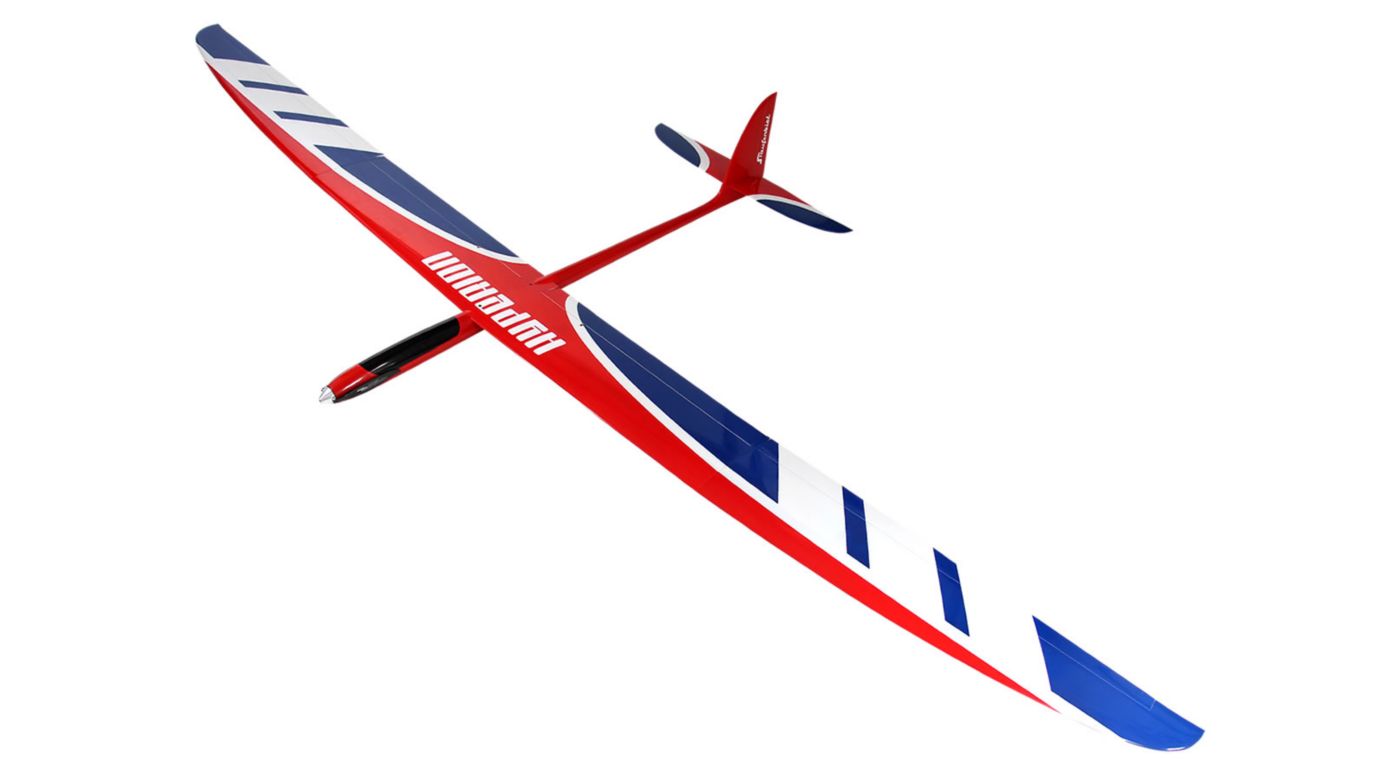 The HYPERION is a powerful thermal glider  with features that can hardly be found elsewhere in this price category. Made entirely as a GFRP shell construction, the model has, among other things, an extremely spacious fuselage reinforced with CFRPK, with air inlets and a landing skid, a 3-piece wing with a spread of 3.40 m and a stabilizer-elevator that can be easily mounted.

High-Quality Construction
The HYPERION is made entirely as a GFRPK shell construction and comes already elaborately painted in this form. The spacious fuselage is reinforced on the sidewalls with carbon ribbons and, as a result,becomes very stable even during bumpy landings. The wings are also reinforced with CFK.

Modified HN-354 Profile
Through the design with the modified HN-354 profile, the flying characteristics required at any moment can be achieved by warping the surface. If you need to overcome a downwash quickly, the flaps dewarp a little – the Hyperion immediately picks up speed and leads you to the next thermal bubble. After arriving there, the wing is slightly warped positively and theHYPERION instantly converts any sign of thermals into height.

High Degree of Prefabrication
The HYPERION is available as a "naked" ARF version and as a PNP version with built-in electronics. Both versions have an extremely high degree of prefabrication, as is usual for full GFRP models made by Staufenbiel. The PNP version also has a strong built-in brushless outrunner made by DYMOND and 6 built-in and pre-wired DYMOND digital servos with metal gears and an aluminium body. In addition, a CAM carbon folding propeller and aluminium- spinner are included. Those who prefer to equip the gliders according to their own standards and wishes can compile their own HYPERION with the ARF version.

Plenty of Space
The model has a huge amount of space inside the fuselage. The large and removable canopy guarantees you faster and more convenient access.

Landing Skid
On the underside of the fuselage, the thermal glider has a highly developed landing skid, which provides the greatest possible stability for bumpy landings.