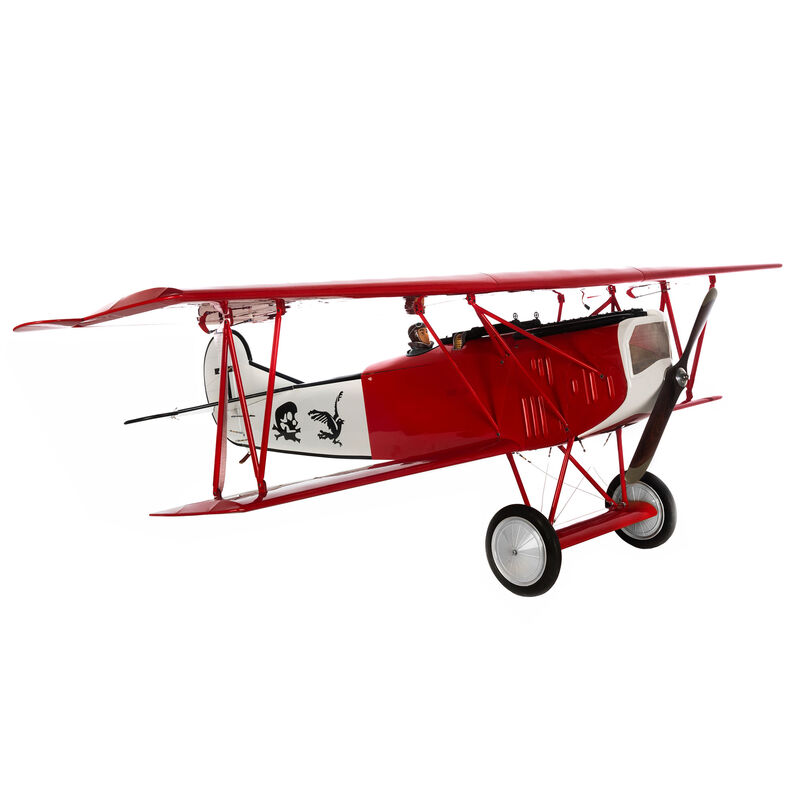 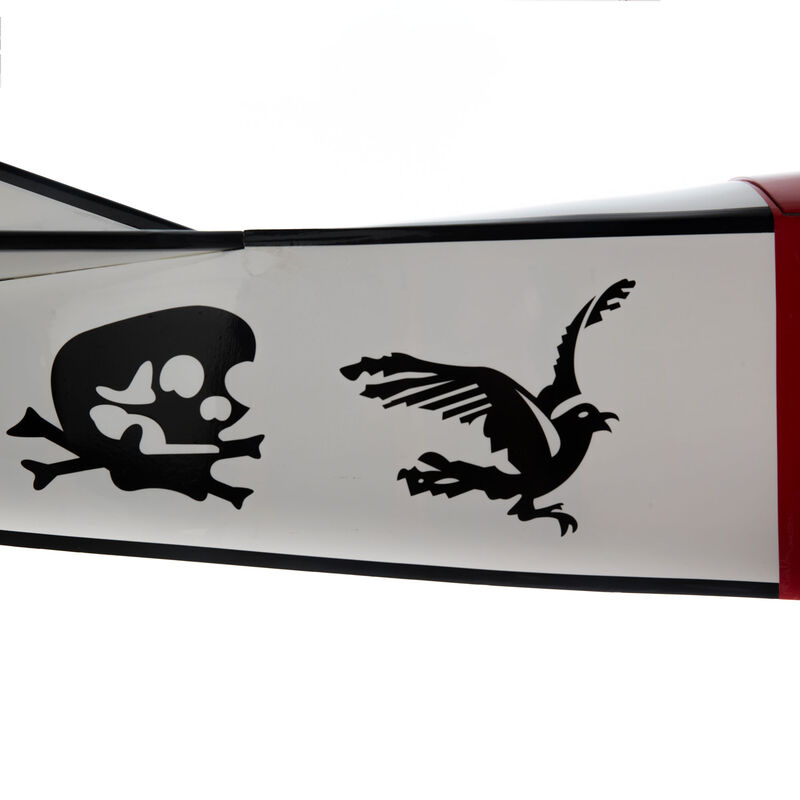 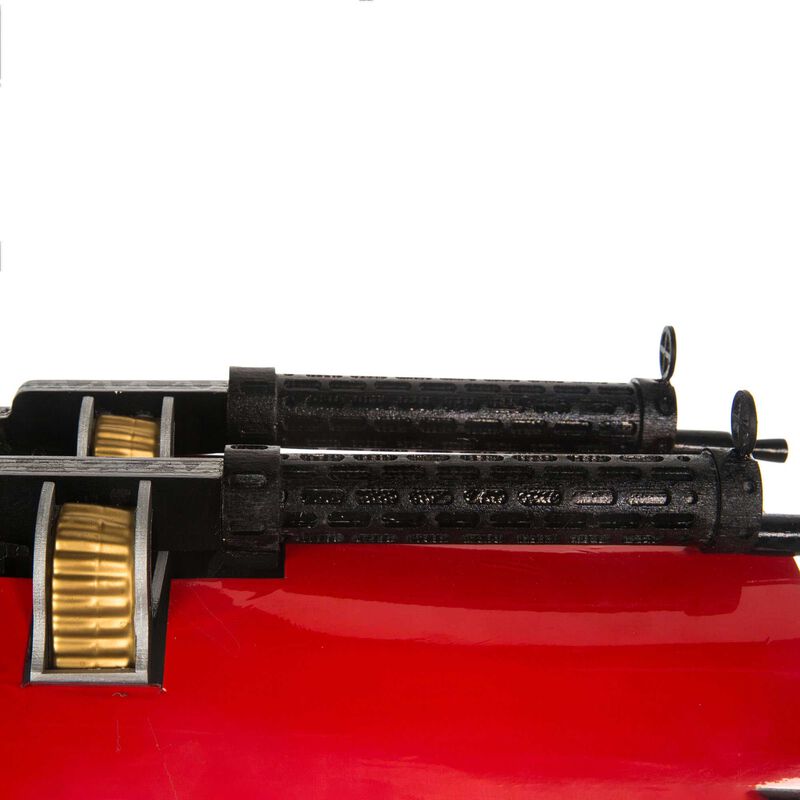 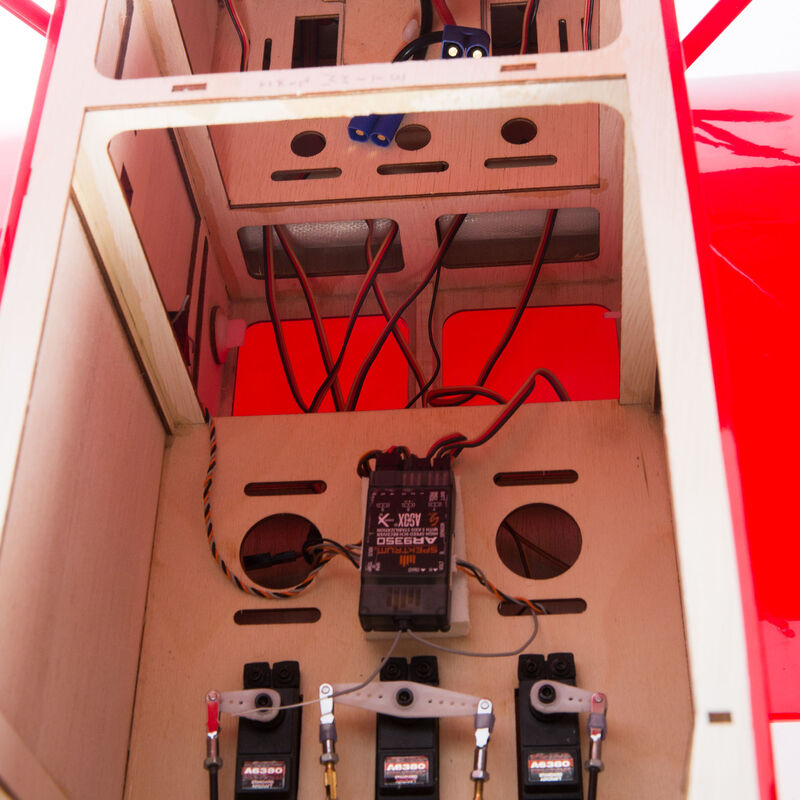 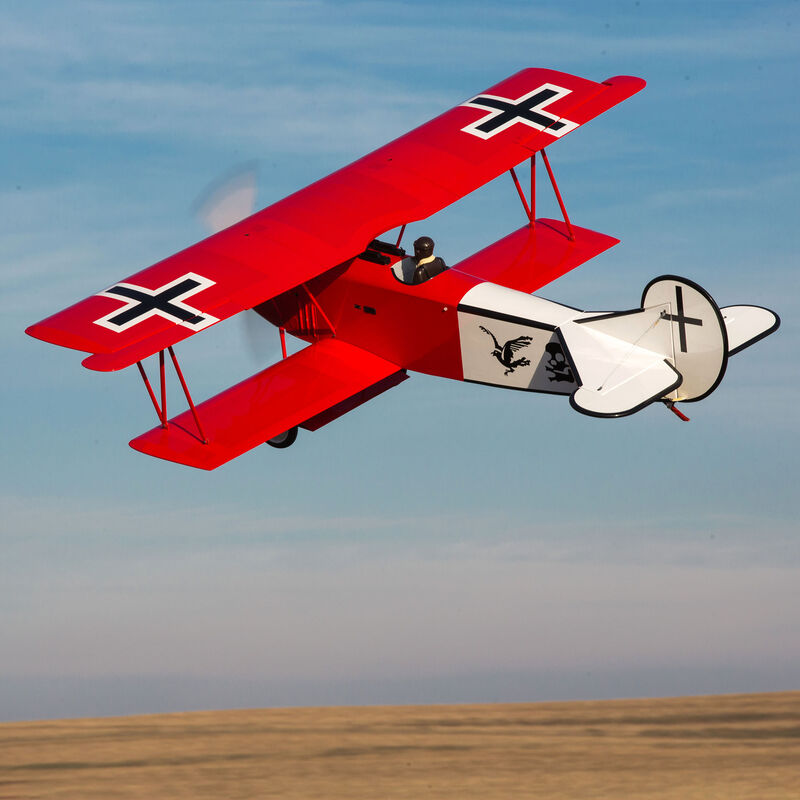 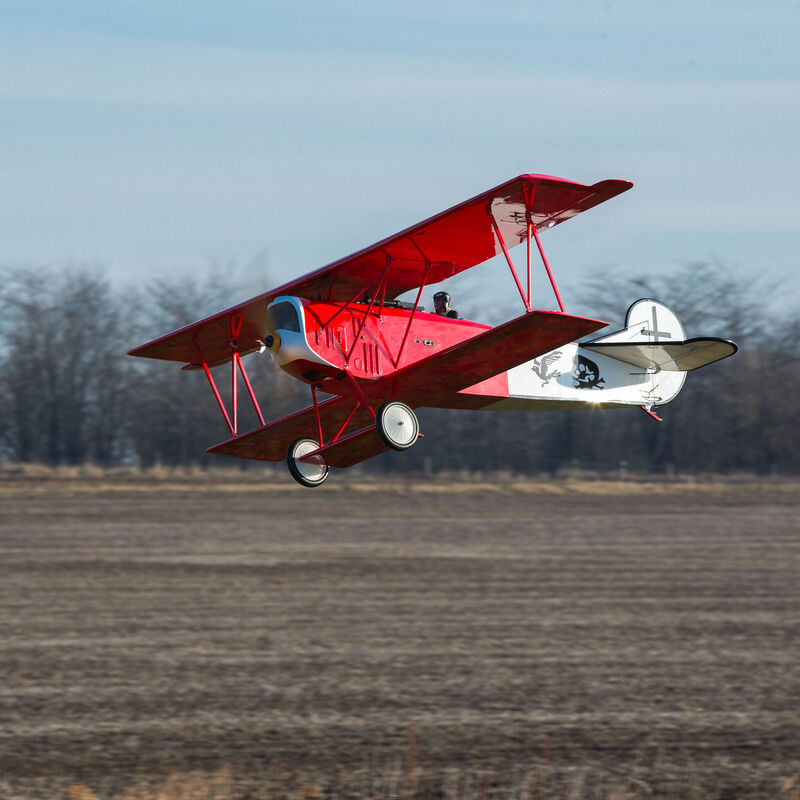 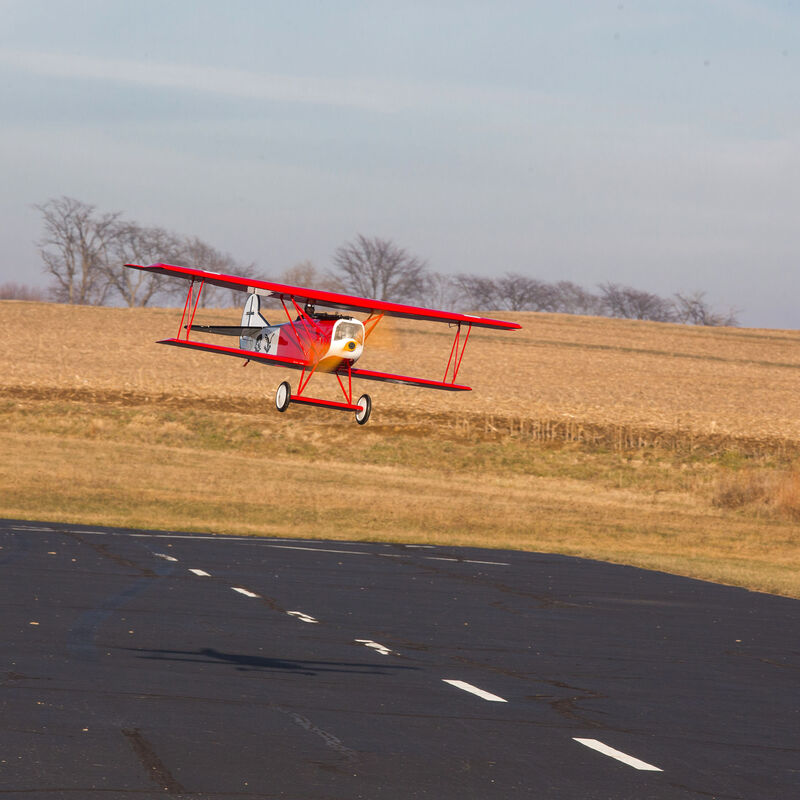 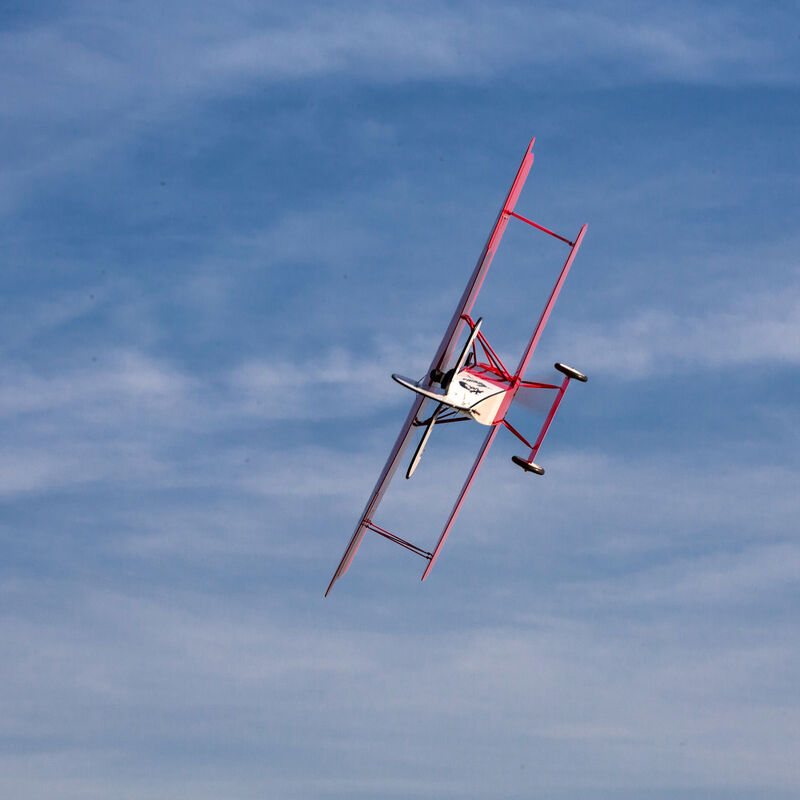 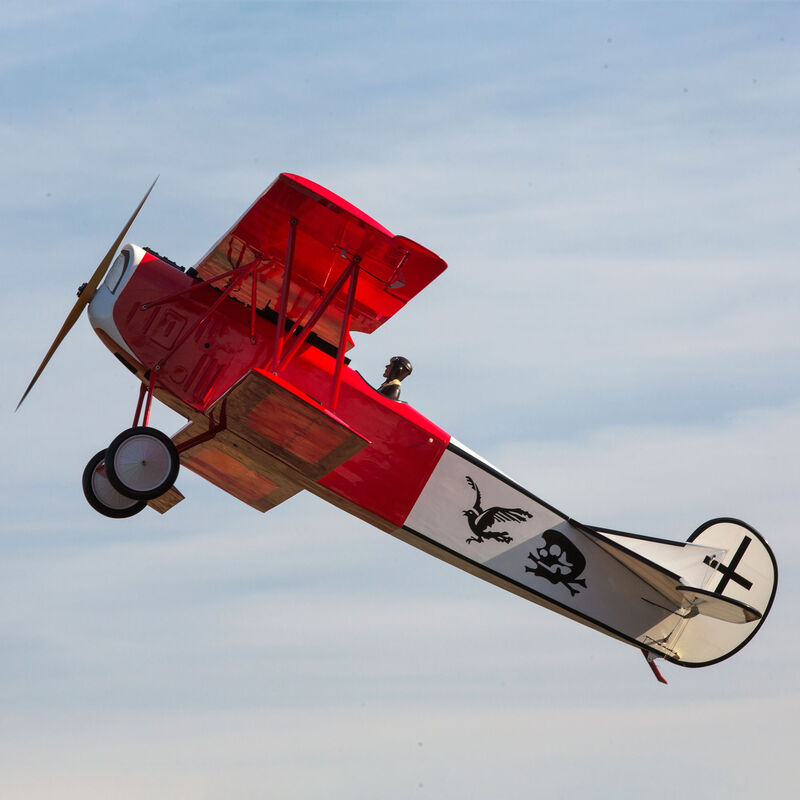 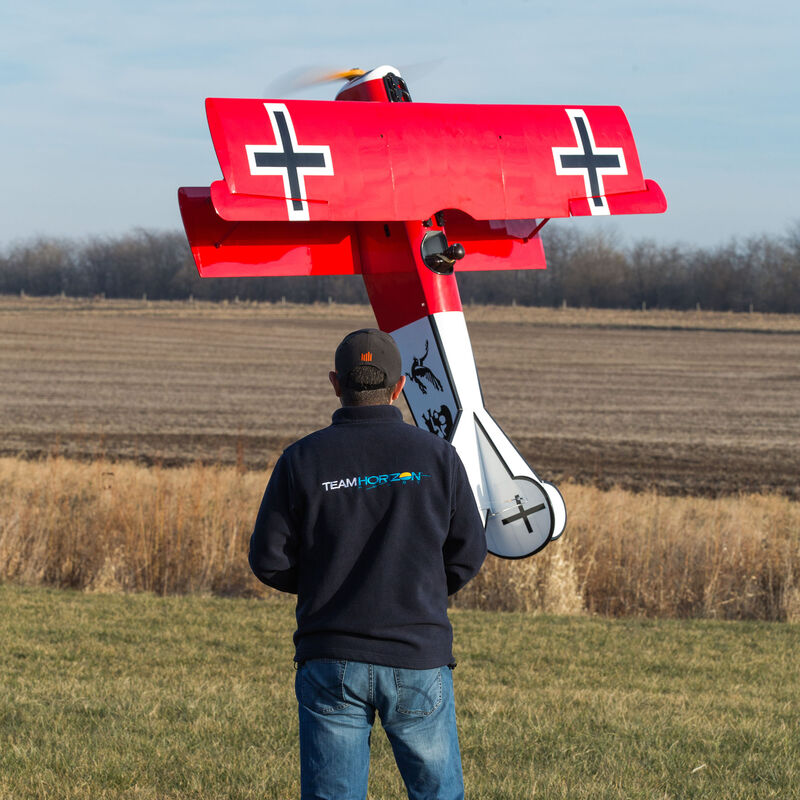 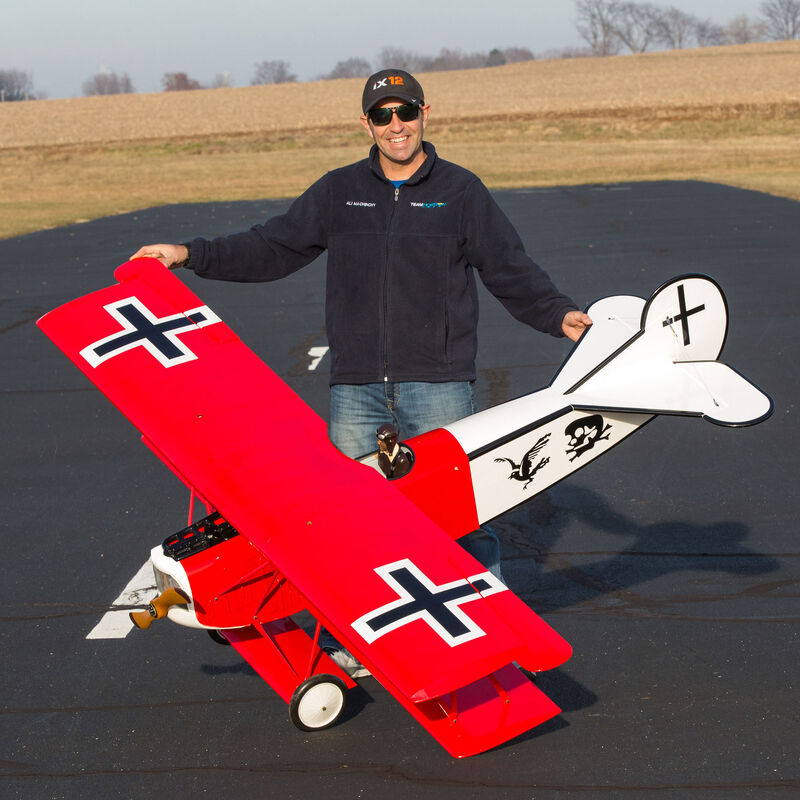 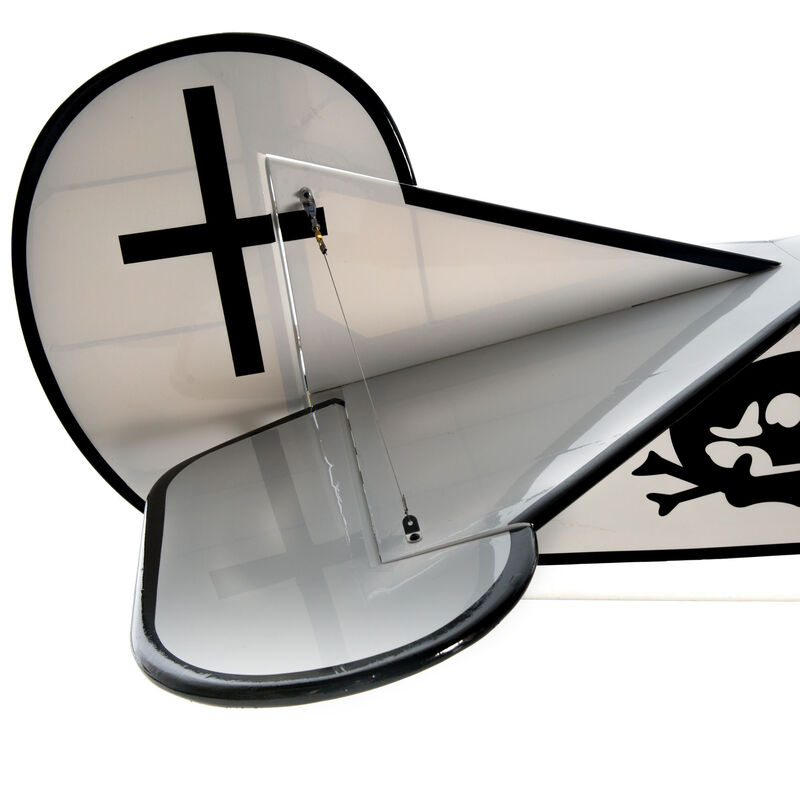 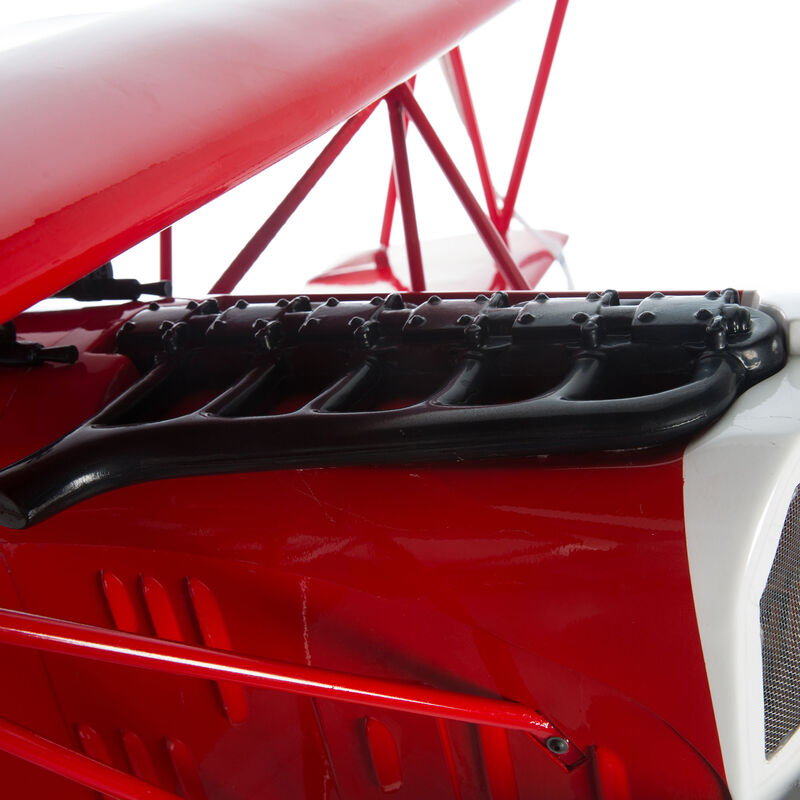 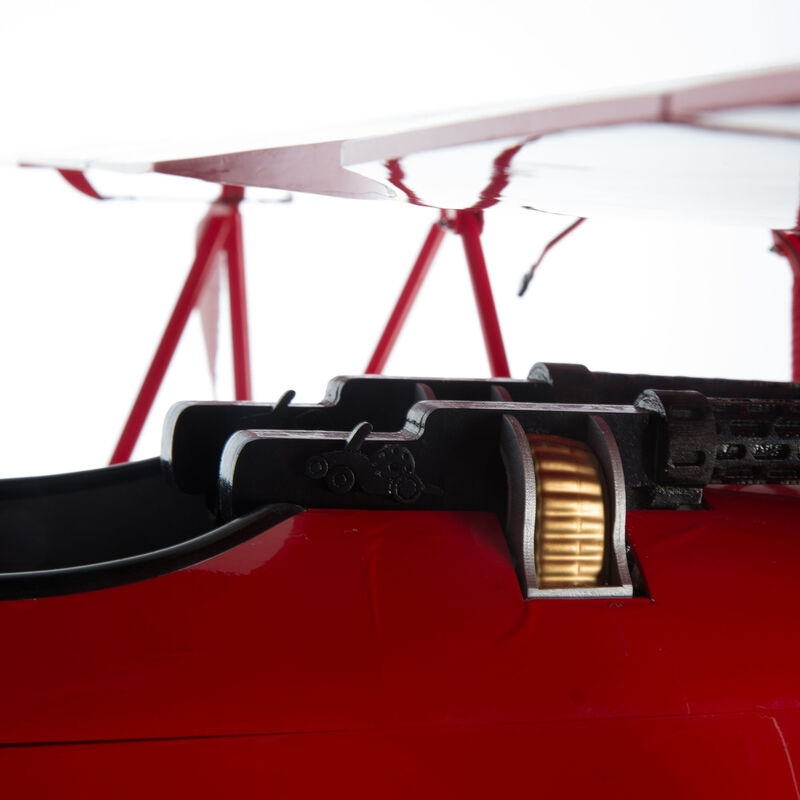 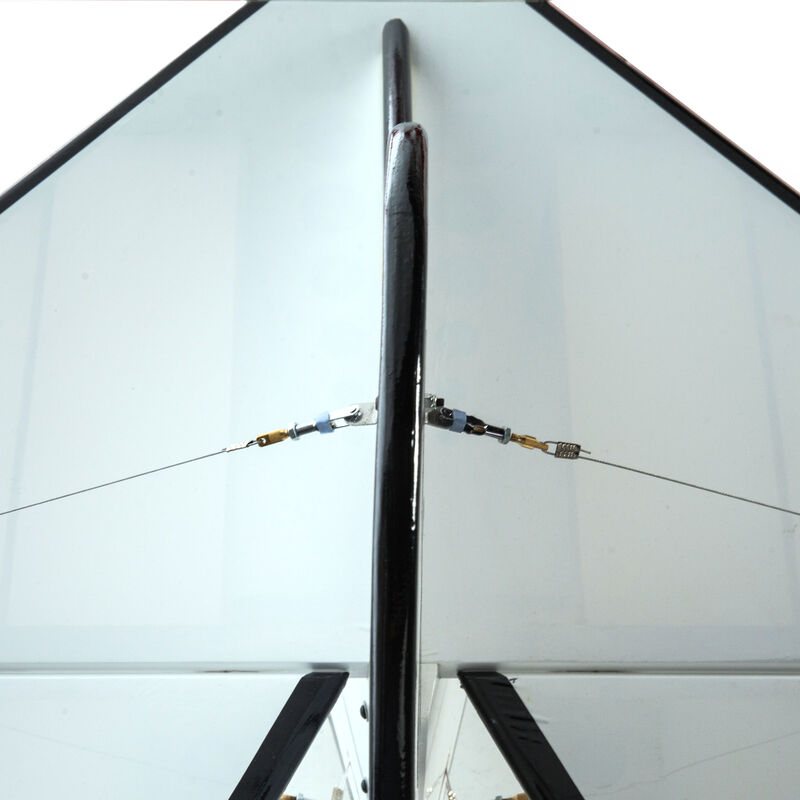 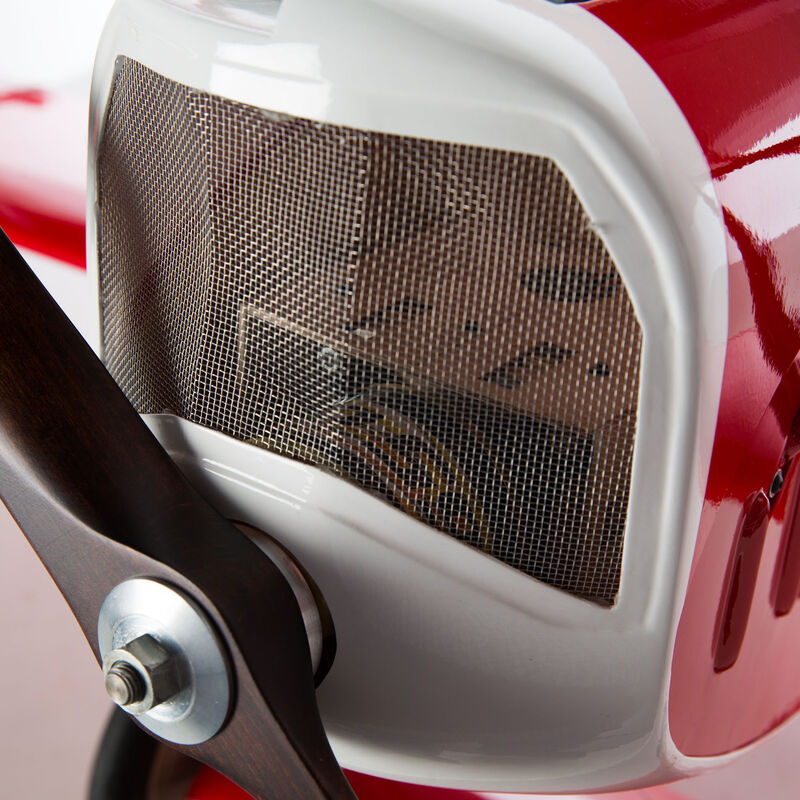 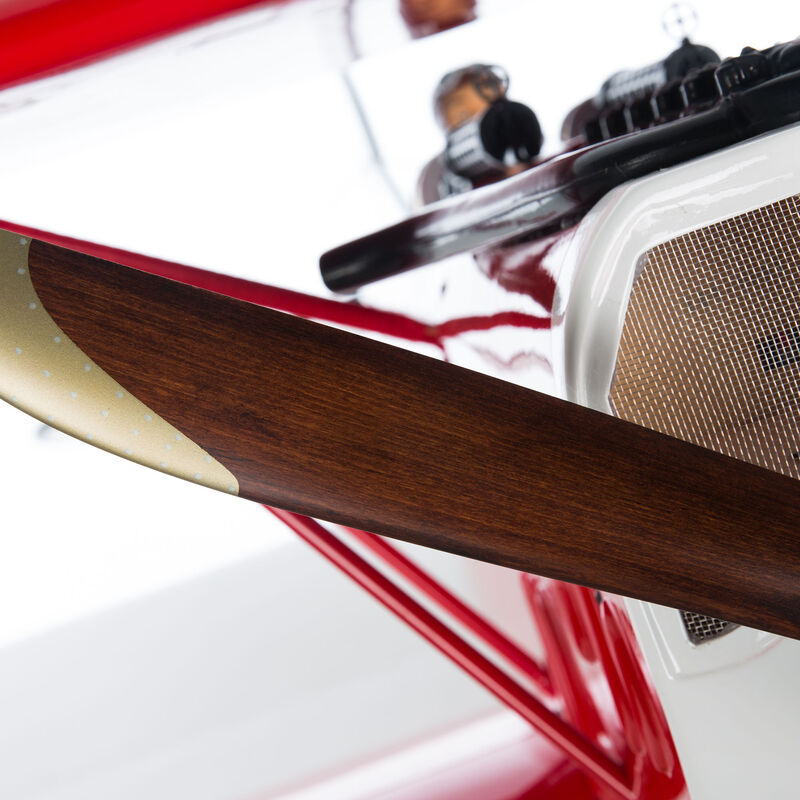 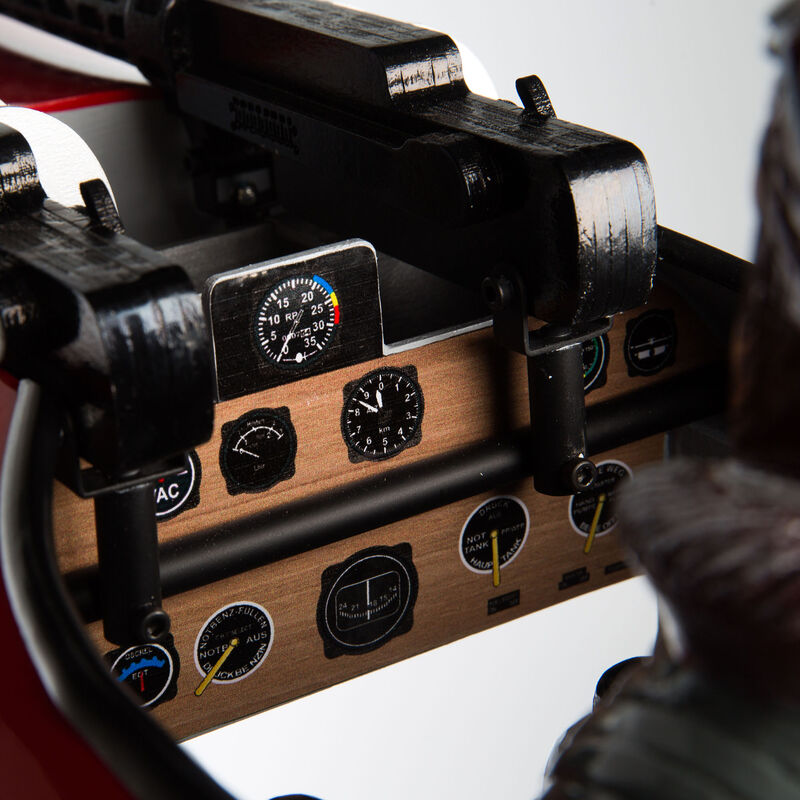 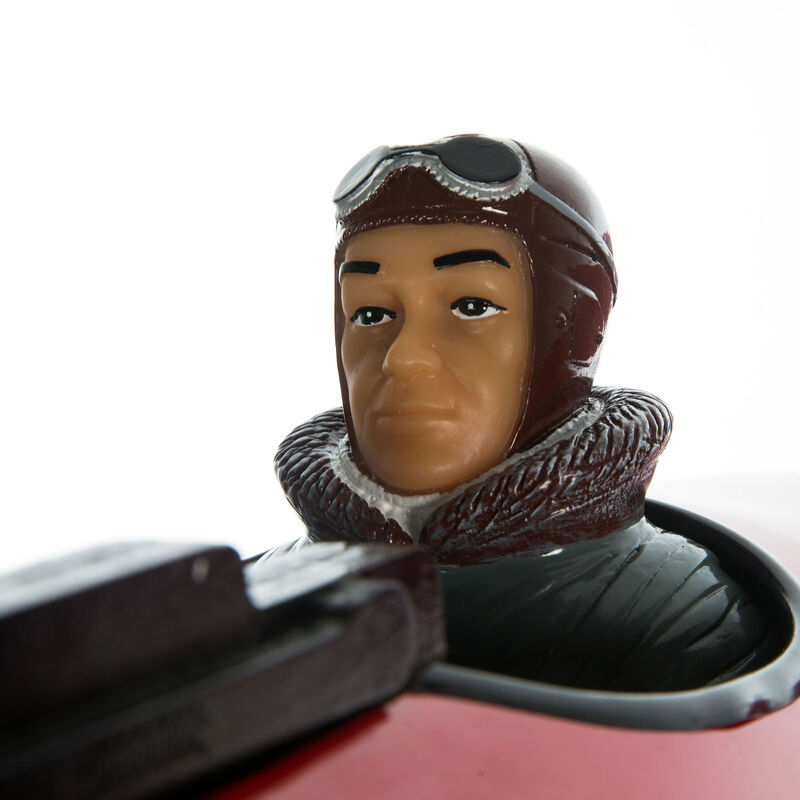 The Hangar 9 Fokker D.VII is the first World War I giant scale fighter in our warbird line. This almost-ready-to-fly version is an accurate giant scale reproduction of Germany's famed fighter even the most discerning modeler will appreciate.

Needed to Complete
What's in the Box?

The German Fokker D.VII is frequently cited as one of the best fighter aircraft of the First World War. But its story of inception is what makes it a supremely interesting subject. During the latter half of 1917, the Allies had regained air superiority over the Western Front with the S.E. 5 and the SPAD fighters. To counter this, the German government invited aircraft manufacturers to submit prototype single-seat fighter designs for evaluation in Berlin in January 1918. The design with the best overall performance would be awarded a production contract. The Fokker D VII was the winner, earning an initial contract for 400 units. The Fokker D.VII was easy to maneuver, strong and agile and as a result was highly respectable by the enemy. The D.VII could "hang on its propeller" and attack upwards while other aircraft would stall and fly away. The performance of the Fokker D.VII was superior to any other aircraft used by the triumphant power. As a result, Germany had to surrender all the airplanes after the end of World War I. A total of 3,300 DVII were produced and over 700 were in service after the war ended.

Hangar 9 brings this Great War legend to life as a remarkable giant-scale ARF with scale details to truly do the legendary Fokker D.VII justice. The model has been expertly built to exacting standards utilizing lightweight balsa and plywood. The result is an ARF model that goes together easily with outstanding appearance and friendly flying manners. Even the most discerning modeler will appreciate the exceptional level of details like molded machine guns, scale pilot figure, cockpit details and 8" scale tires, just to name a few. Shock-absorbing main landing gear takes most of the bounce out of grass strips. Genuine UltraCote covering provides an exterior finish that replicates scale-inspired colors with distinction. The Fokker D.VII is designed to accommodate a variety of 30cc to 60cc 2- or 4-stroke gas engines, or brushless electric outrunner motor. All hardware for the recommended power system options is included so assembly is easy and you can get in the air faster. A large top-hatch makes any maintenance and battery changes simple, while providing easy access to electronic components.

Whether this is your first giant scale World War I aircraft or the perfect complement to your scale collection, you won't find a replica Fokker D.VII that better captures the spirit of this Great War Legend!

The Fokker D.VII 30-60cc ARF is also part of a complete line of top-quality Hangar 9® aircraft. All are engineered and crafted to exacting standards and feature the finest components and materials. Plus, every Hangar 9 product comes with the after-sale service and technical support you need to succeed.